The Epic Film Guys came to being in the Spring of 2014 after months of planning and discussion. We are two guys who are extremely passionate about films, so much so that that everyone around us suggested we should record that passion for the world. Both Nick and Justin would agree that they were fast friends, but it was their bond over one specific film- Batman– that made them best friends. At the midnight release of Man of Steel in June 2013, they had their first taste of what their future would become when they were among many guests on the Extremely Loud and Incredibly Nerdy podcast.

Amazing Spider-Man 2 served as the launch point for the Epic Film Guys at the premiere showing at the Dickson City Regal IMAX. At that point in time, we were primarily a video show, recording our reviews and random video segments over on our YouTube page.

By the end of 2014, our Facebook page had grown to well over one thousand followers, and the Epic Film Guys even started moving into scripted videos such as our video at the 2014 Binghamton Zombie Walk! As Justin puts it, we were well on our way to becoming well-known locally thanks in large part to his connections from a lifetime of living in the Southern Tier.

Near the end of 2014, after Justin’s wife got a lucrative job offer near Washington D.C., the Epic Film Guys were separated. While it brought an end to the video reviews we did together (aside from the occasional special event), it also led to what is now our primary focus, the Epic Film Guys Podcast.

It started in mid-July 2015 with Epic Film Guy Nick’s review of Terminator: Genisys, when the podcast was known as the Reel Rundown. At that time, our twitter had some 75 or so followers, and we averaged maybe 10-15 listens per episode. When Justin joined the podcast and as we picked up new equipment and shifted the format around, everything began to grow. By the end of 2015 we had over 1500 followers on twitter and our episodes were averaging over twenty times more listens than back in the early days. 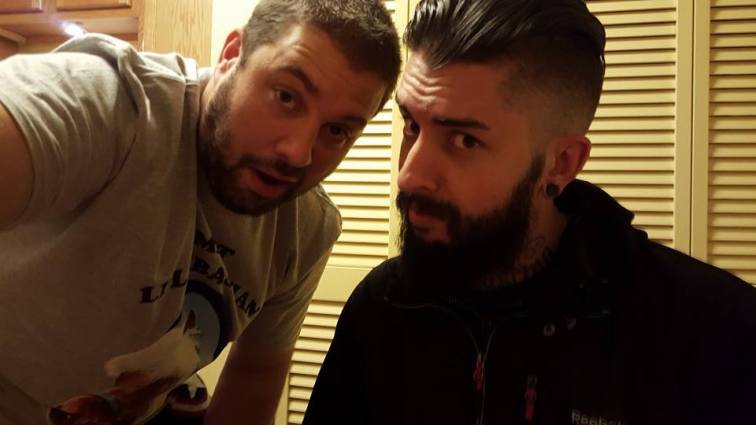 As 2016 began, the Epic Film Guys re-branded and officially became the Epic Film Guys podcast, and we have only continued to grow from there. We have taken an active role in the #PodernFamily, a community of independent podcasters on twitter looking to achieve common growth. We have started crossing over with other podcasts, such as the excellent Countdown Movie & TV Reviews podcast by two great guys out of Perth, Australia. As we move into the year, we’ll be getting together for a couple of special events and are looking to continue our stratospheric growth and make an even bigger impact.

None of this would have happened without YOU! Our fans are the most important part of the Epic Film Guys because without you, we’d just be two guys ranting and lisping on the internet. We can’t possibly thank you enough for all of your support.

Epic Film Guy Nick has been in love with film and filming for as long as he can remember. When he’s not listening to Justin’s lisp, he is focused on his two sons, fiancee, and working on his own screenplays. Other interests include beer and playing music. You can find him on twitter here.

Epic Film Guy Justin is the podcast’s resident horror expert and proud owner of Rocky and Goji. When he’s not in a movie theater, your best chance of finding him is at the gym, keeping himself in peak condition for carrying Nick’s body out of a theater after he has a heart attack one day. He lives with his wife and daughter in Virginia.